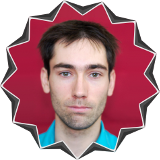 Behind this smiling face lies a researcher in computer science who did his PhD at Bordeaux University (one thing to thank wine for: make the city famous abroad). During my time there, was part of the Laboratoire Bordelais de Recherche en Informatique (LaBRI) and worked in Inria as a member of the Potioc team.

My thesis started with the evaluation of human-computer interaction through electroencephalography, but quickly I got interested in how physiological sensors could shape our interactions with machines, and ultimately how they could change our relationships with other individuals. If it sounds a vast program it’s not my fault: as a former student in cognitive science it’s hard not to think outside the box.

After the completion of my PhD was a teaching assistant (ATER) for one semester at the University of Bordeaux and spent some months being a research engineer at Inria, affiliated to the Athena team. By the end of 2016 I joined Ullo as the head of the research and innovation department. This is a opportunity to transfer some of the work done at Inria so it could be used for real, for good.

Since May 2017, I also joined as a post-doc the UsLAB at IDC Herzliya, in Israel. Under the supervision of Jessica Cauchard, I will continue there my research on shared biofeedback, pursuing the vision of implicit interactions and adaptive environment.

If you want to shoot me – and don’t hesitate to! – write an e-mail jfrey at ullo dot fr (take that, spam bots!).

Even though I’m the kind of guy that suffers from a 140 characters limit, I sporadically post on Twitter: @jfrey_xx.